Is Your Drug Use Still Only Recreational? Look for These Signs of Addiction

Is Your Drug Use Still Only Recreational? Look for These Signs of Addiction

There’s a fine line between recreational drug use and addiction. A common misconception is that addictions of any sort are mostly about the frequency you use the substance or the amount of it that’s consumed. While this is a major part of addiction, what’s more telling is the reasoning behind the usage, along with the aftermath of it. For instance, if you’re using drugs to escape problems in your life, or because it’s the only thing that makes you happy, this is a clear sign of addiction. 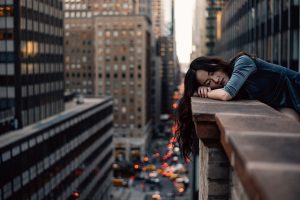 Generally, addictions start as occasional use or for fun with friends, but quickly spiral into so much more. There are many different factors that can determine why some people will develop an addiction and some won’t. These factors include genetics, social environment, family history, and other mental health disorders. For example, if you are in treatment for one addiction, you will be advised to steer clear of engaging in activities that could lead to another addiction (cross-addiction).

So what are the signs of addiction?

1. You’ve built up a tolerance

Building up a drug tolerance means you need more of the substance to get the same feelings you did when you first began using drugs. Drug tolerance can also include partaking in drug use in order to combat withdrawal symptoms. Nausea, sweating, and shaking are all common “come down” signs from drug use that can be avoided by continuing to take the drug. This can lead to a vicious and very unhealthy cycle.

If most of your time is spent figuring out how you’re going to get drugs, when you’re going to take drugs, and how you’re going to hide drugs, this is a clear indicator that you have a drug problem. People who spend most of their time with drugs on their mind will likely neglect their responsibilities. Their drug habit will also become more important than the things they once enjoyed — hanging out with friends, engaging in hobbies, etc. Oftentimes, drug addicts will also avoid being around people who aren’t users and will only engage in social activities if they know that drugs will be present.

Because of the mental impact that drugs have, they often affect people’s ability to make good decisions. When addicts are under the influence, they’ll often do things that are unsafe or that they wouldn’t do if they weren’t high. Dangerous activities no longer seem dangerous — like driving while on drugs or taking them while they’re around children. Many addicts also get into financial troubles or engage in criminal activities that could land them in jail.

4. You’re aware of the problems your addiction is causing but use drugs anyway

While denial is common in addicts, oftentimes deep down they know their actions are harmful. They know that damage is being done to both their physiological and physical self but they do not have the power to stop. They might even want help but they are unable to ask. This is a clear sign that the drugs are in control of them, instead of the other way around.

Many people with drug dependencies care about drugs and drugs alone. They will isolate themselves from friends, family members, and romantic partners. This could be for numerous reasons; one of the biggest is keeping the usage a secret for fear of judgment. And because drugs have major psychological effects including depression, anxiety, and paranoia, isolation is a natural response to drug addiction.

The signs of addiction run much longer than this list. If you think your recreational drug use has turned into something more, seek help from a professional immediately. With work and time, you can get your life back on track.

Dan is extremely approachable and easy to talk to. I always leave feeling a lot better. His calm demeanor and non-judgmental manner have helped me to work through some of my anxiety. Additionally, ...he is patient, attentive, knowledgeable, and offers consistent motivation and insight.

Dr. Sharir is patient, kind and extremely understanding. I am most grateful for him. In the past year of going to him, I believe I have grown tremendously. He has phenomenal bed side manners and be...yond that's he's An amazing human being. I highly recommend him.

Dr. Sharir is a great therapist. I feel very comfortable in every session and I am glad I finally found someone who can listen, understand and guide me to a much better place.