Drug Use: Recreation or Addiction?–How to Tell When You’ve Crossed the Line

Drug Use: Recreation or Addiction?–How to Tell When You’ve Crossed the Line

“Am I addicted?” is a question that many drug users find themselves asking. While some people can go a lifetime drinking alcohol and taking drugs recreationally, others don’t have that luxury. While addiction manifests for different reasons, it usually begins the same way. We generally picture addicts as living dangerous, harmful, and dysfunctional lives, which is certainly true down the road, but that’s not necessarily the case when the line is first crossed. 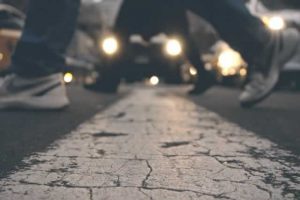 Drug addiction starts subtly and does not occur overnight. Most of the time it begins with casual use on the weekends and then progresses to the occasional weekday use until it eventually turns into daily dependence. It’s usually not until after the line is crossed that people begin to realize their pleasure has become a problem. Read up on these ways to know if you’ve crossed the line from recreation to addiction:

The chemical balance in your brain changes when you become addicted to any substance. Part of this change includes a constant focus and obsession with that substance. People with drug addictions are constantly focused on when and how they’ll get their next fix. Depending on how long the addiction has been going on, this could be a subtle nagging at the back of their head or an overwhelming obsession at the forefront of their mind.

You use for reasons other than enjoyment

Recreational drug users take drugs for fun, most of the time in social situations where other people are using as well. Addicts, on the other hand, use drugs to cope. Their use may have started recreationally, but it has spiraled into something deeper. Many addicts use drugs in order to cope with an argument, because they’re feeling sad or have had a tough day, or because they’re avoiding something emotionally. Instead of dealing with a problem head-on, addicts use drugs as a method of avoidance and distraction.

It takes more of the substance to elicit the same feelings

Every substance user has a tolerance that may or may not build over time depending on the frequency of use. For instance, you probably learned to tolerate more alcohol in college than you did as a rebellious high school teenager. This is a natural substance tolerance that will most likely even out over time. However, a continual heightened tolerance of drugs becomes dangerous because our bodies can only handle so much. Drug addicts often need to take more and more of a drug to elicit the same high as the first couple times they ever used drugs.

You have become physically dependent

While often used interchangeably, drug dependence and addiction are two different concepts. Physical dependence, however, is a sign of long-term addiction. When people use an excessive amount of drugs for a long duration of time, their body adjusts to the substance. It becomes dependent on that substance in order to function. This is why many addicts experience muscle aches, migraines, irritability, sweating, shaking, and a wide range of other symptoms when they haven’t used in a certain amount of time.

Continual use regardless of consequences

With addiction comes inevitable negative consequences; they can run the gamut from jail time to ruined relationships to money problems. Things that should be a wakeup call or a clear sign to stop using don’t affect the addict. Instead, they may use even more just to skirt these issues. When drug users become addicted they pay no mind to the repercussions and continue to focus solely on getting their next fix.

Drug abuse, no matter the stage, is a serious addiction that requires proper treatment. Learn more about my method towards treating addictions and contact me to schedule an appointment.